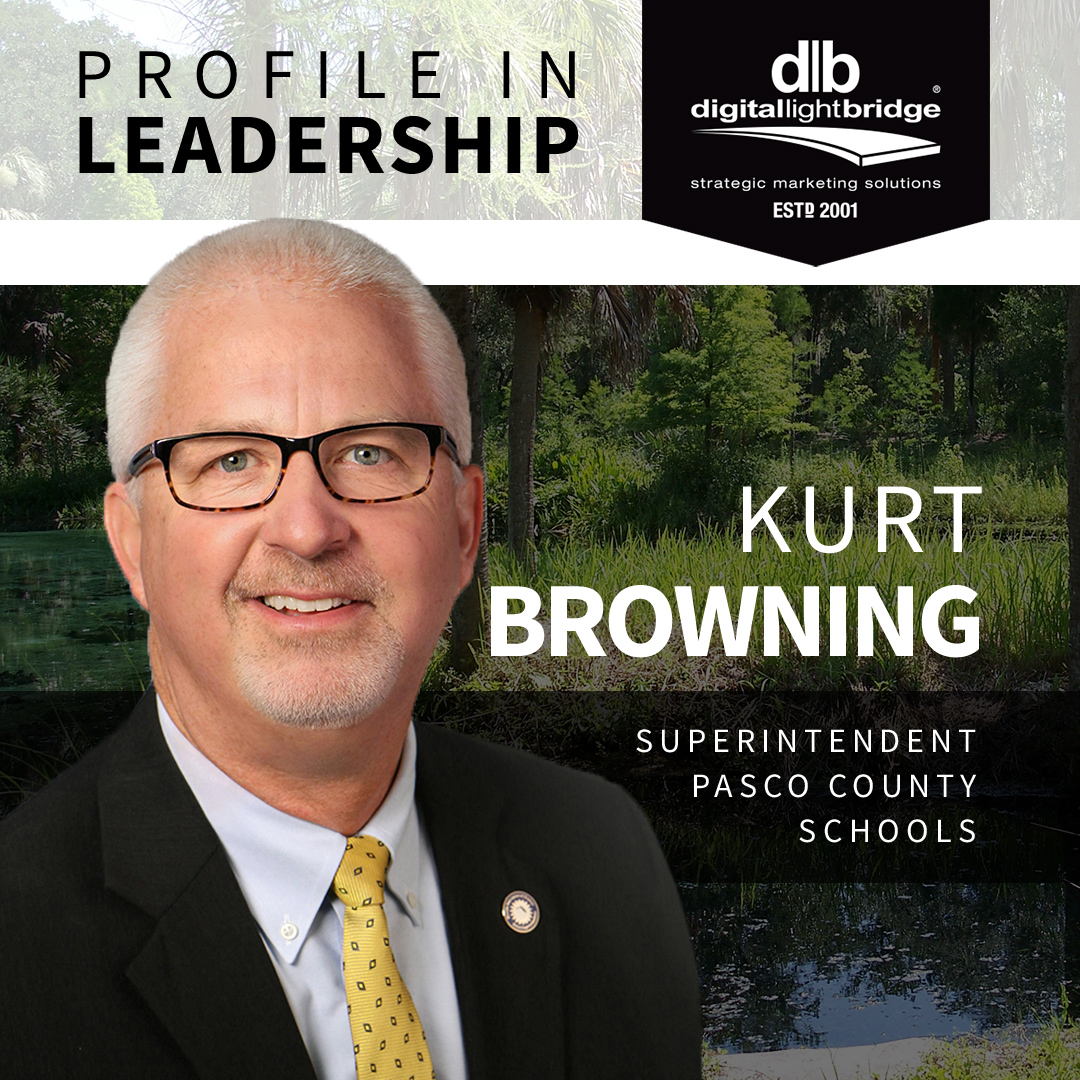 As Pasco County grows economically and demographically, one of the most challenging jobs is that of Superintendent of Schools. Kurt Browning, Superintendent of the Pasco County School District, has faced the challenges head-on and has not been daunted by the inevitable criticism of his leadership. We know that his strategic approach and tireless efforts are paying off in the form of quality education for all students.

Pasco County Schools, the 10th largest district in the nation, consists of 96 locations throughout the county, with close to 75,000 students and almost 10,000 full and part-time employees. Kurt's biggest challenge is to expand results within the limitations of the annual operating budget.

Educational opportunities and choices have been increasing for all students in Pasco County under the leadership of Kurt Browning. Pasco County Schools is one of 250 school districts in the U.S. and Canada that earned a spot on the 10th Annual AP® District Honor Roll, earned only by districts that increase participation and performance in Advanced Placement courses. International Baccalaurate® (IB) and Cambridge International programs have been implemented at the high school level and are being added at the middle and elementary levels. Through their efforts to increase opportunities like these for their students, the district has become a model in the state and nation, earning such honors as the 2018 -2019 Cambridge Medium Size District of the Year and the recent designation of Pasco Middle School as one of the first two middle school Cambridge International School Demonstration Centers in the United States.

A big part of Kurt's leadership is never giving up and working to improve education for all children of Pasco County. In challenging circumstances, he's taking a positive approach and trying to build consensus on what's best for students, parents, teachers, staff, and employers (whom ultimately hire our alumni for careers).

He deserves our support and constructive insights. Press on, Kurt!