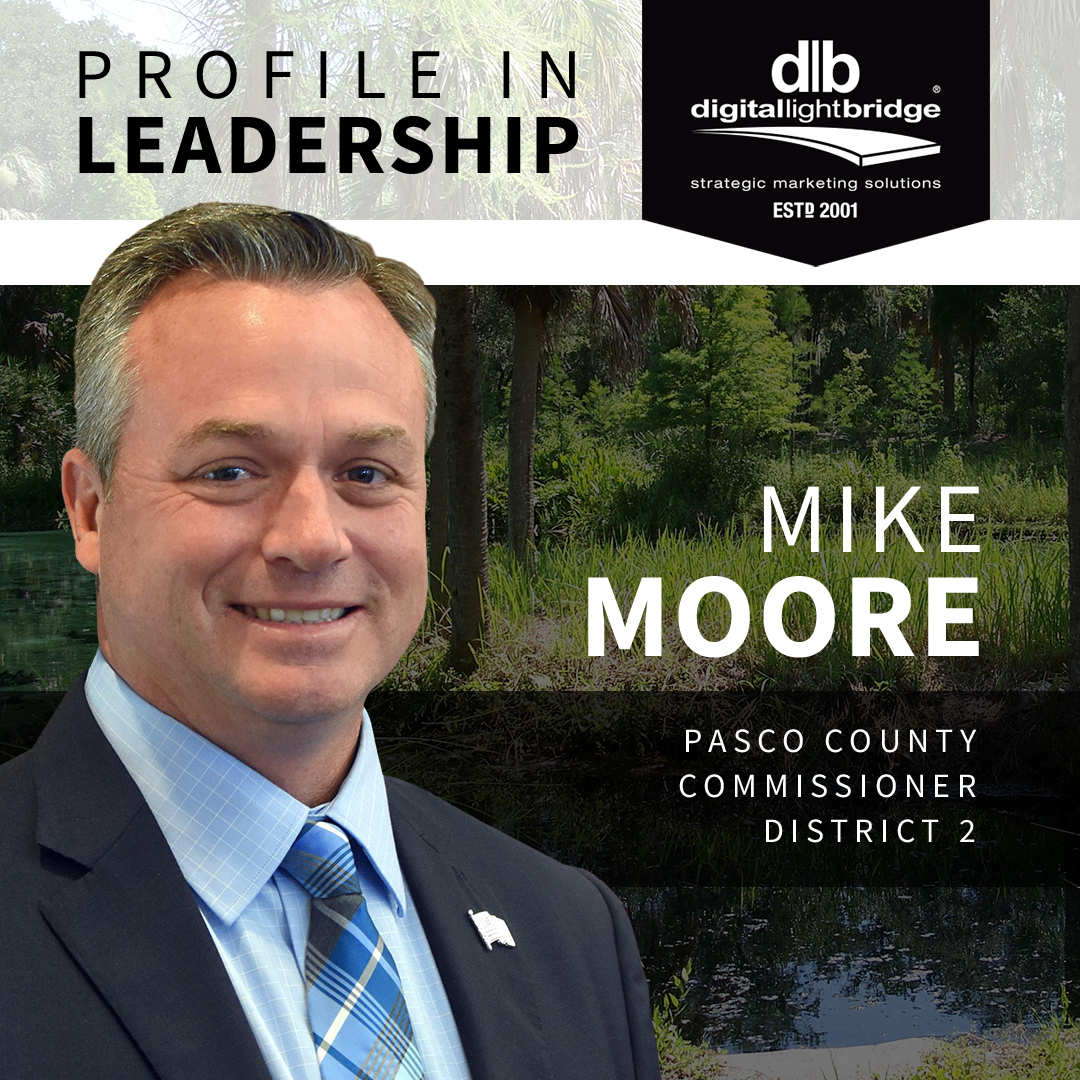 Feb 17, 2020
Mike Moore, Chairman of the Pasco County Board of Commissioners, is an All-American kind of hero.  He's always positive, but never paints over the tough challenges or sticky issues that need to be solved.  Instead, he jumps right in.  But he doesn't do it for the credit; he's a very humble guy.

Mike was raised by his mother in modest circumstances.  She worked in the Polk County school system.  Mike went to Polk Community College, then graduated from the University of Central Florida.  He married his wife, Lauren, and they have three children, two daughters and a son.  Several years ago, they adopted Pasco County as their home.

Mike soon became passionate about the challenges facing Pasco County, and he decided to be proactive about its future, which is developing quickly because of rapid growth.  He gets excited about issues like highway connectors and storm water drainage, because they matter to the future of our community.  Mike is nothing if not proactive.  When he learns of a problem, he goes after it.

So, when Pasco County passed an ordinance against knowingly transferring cats or dogs to individuals who have been convicted of an animal cruelty offense, Mike pushed for a way to help people comply with this important law.  Thanks to his efforts, you can now check whether the person who wants to adopt your cat or dog has a clear record.  The website is here:
http://app.pascoclerk.com/animalabusersearch

Mike has been an entrepreneur and a business leader for many years.  He understands how timidity can cause opportunities to be lost or problems to fester.  He's in the habit of taking action thoughtfully, but quickly, even if he's in the minority.

Although Mike supports growth in Pasco County, he has heard many residents around State Road 54 growing more concerned about the growing density of apartment complexes in the area.  Momentum on the Board of Commissioners favored approval of new development, but Mike asked for a review of the comprehensive plan to consider the long term consequences of further development.  He stood alone, but voted against approval, because he believed it was in the best interest of the community to consider the alternatives.

In addition to legislative leadership in Pasco County, Mike has served on the following boards and committees:

Mike, thanks for taking on the tough issues, and press on!