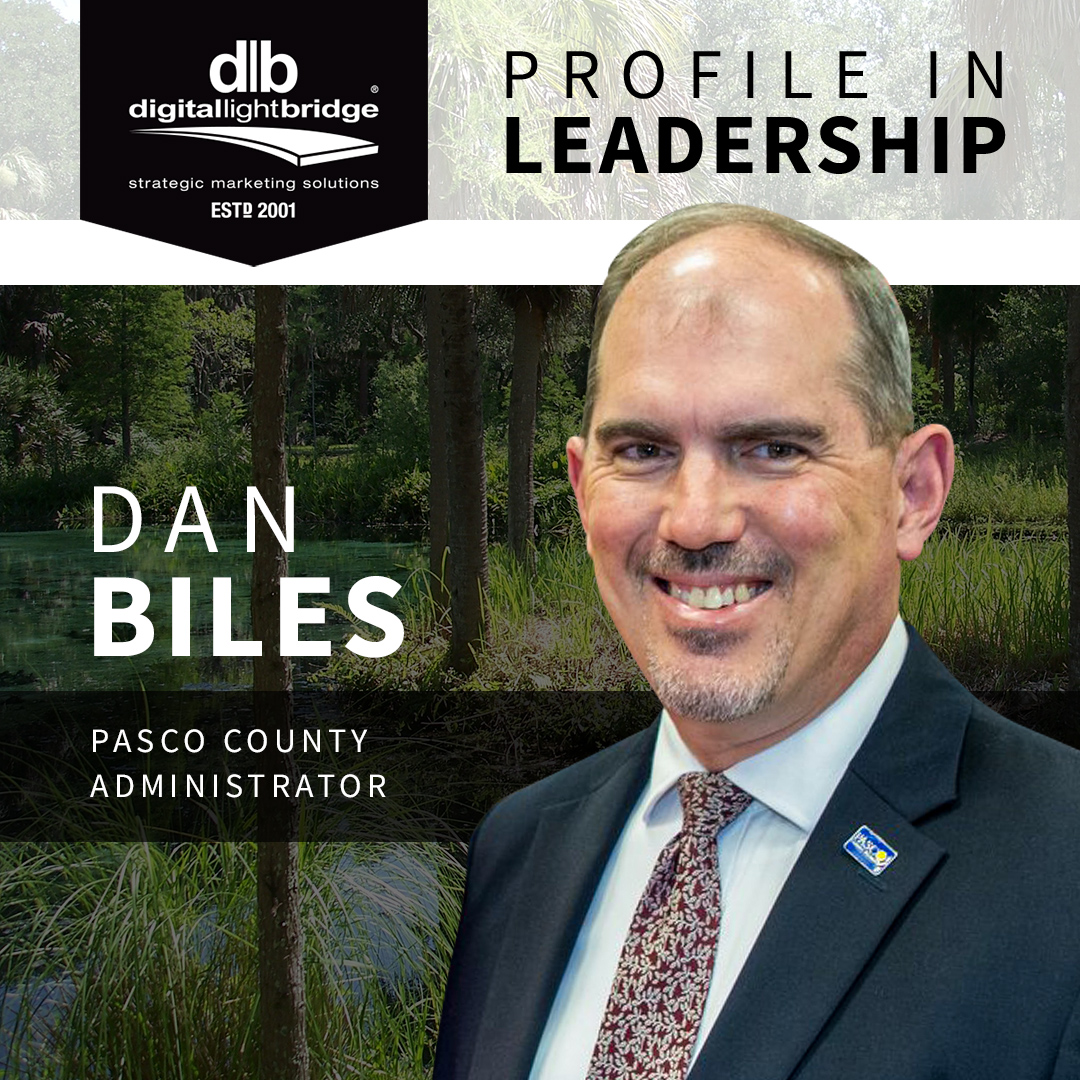 Dan Biles's leadership experience is proving invaluable in an era of tremendous growth and change in Pasco County, as he serves as Administrator for the Board of County Commissioners. He is responsible for the operation of over 60 different departments and divisions with almost 2,700 employees that deliver municipal services to almost 550,000 residents with a budget of almost $1.5 billion.

In his prior military, government, and private sector experience, Dan achieved project goals by motivating teamwork within organizations and bringing strategic change to achieve a defined vision.

Dan is a professional engineer, having earned B.S. and M.S. degrees in Civil Engineering from Texas A&M University.  And in nearly seven years of Air Force service, he supervised dozens of domestic and international construction projects as an Engineering Officer.

After a distinguished career in the Air Force, Dan spent a decade as a consulting civil engineer and land developer for an engineering firm in the south Puget Sound region of Washington State.  His leadership and project management were key to the firm’s growth from 25 to 75 employees, and its recognition as the local leader in land development planning and strategies.

He also served in the Montana Air National Guard for nearly ten years, during which he administered the operations of multiple agencies, including legal, chaplaincy, financial, safety, public affairs, and command post support.  He was Deputy Commander of a 400-person mobile construction unit tasked to complete missions at multiple locations across northern Iraq.  During a deployment to Southwest Asia, he managed all the logistical support for over 500 Air Force engineers in 9 different countries.

Dan was hired by a Corpus Christi, Texas, engineering firm to head up their civil engineering group, but soon entered local government service, leading the Solid Waste and Capital Programs Departments for the City of Corpus Christi as Executive Director, Public Works.  There, his group supported new projects and maintenance of existing infrastructure, collection and disposal of solid waste, and maintenance and development of the city's streets.

Dan became S-Team Commander of the Washington Air National Guard, where he provided support to the war-fighting headquarters by performing operational planning, engineering management, command and control, and expeditionary site planning and reporting.

As Pasco County Administrator, implementing Board policies and directives, Dan has been instrumental in the following achievements:

Redesigning the business and budget development process to increase data-based decision-making and adhere to the goals of the County’s Strategic Plan. This allowed for no increase in the general ad valorem tax rate and an increase in general fund reserves by 15% year-over-year.

Fiscal leadership resulting in increased bond ratings by two of the three rating agencies prior to the sale of the 2018 General Obligation Bonds, saving the County millions in interest.

Leading the effort to gain public approval for the first General Obligation Bond in over two decades, raising $240M across four propositions; three of the four propositions were approved by almost 70% of the voters.

Leading an organizational culture change to place greater value on individual team members; this resulted in a 22% increase in employee engagement and resulting improvements in customer service.

Dan, thank you for your great service, and press on!