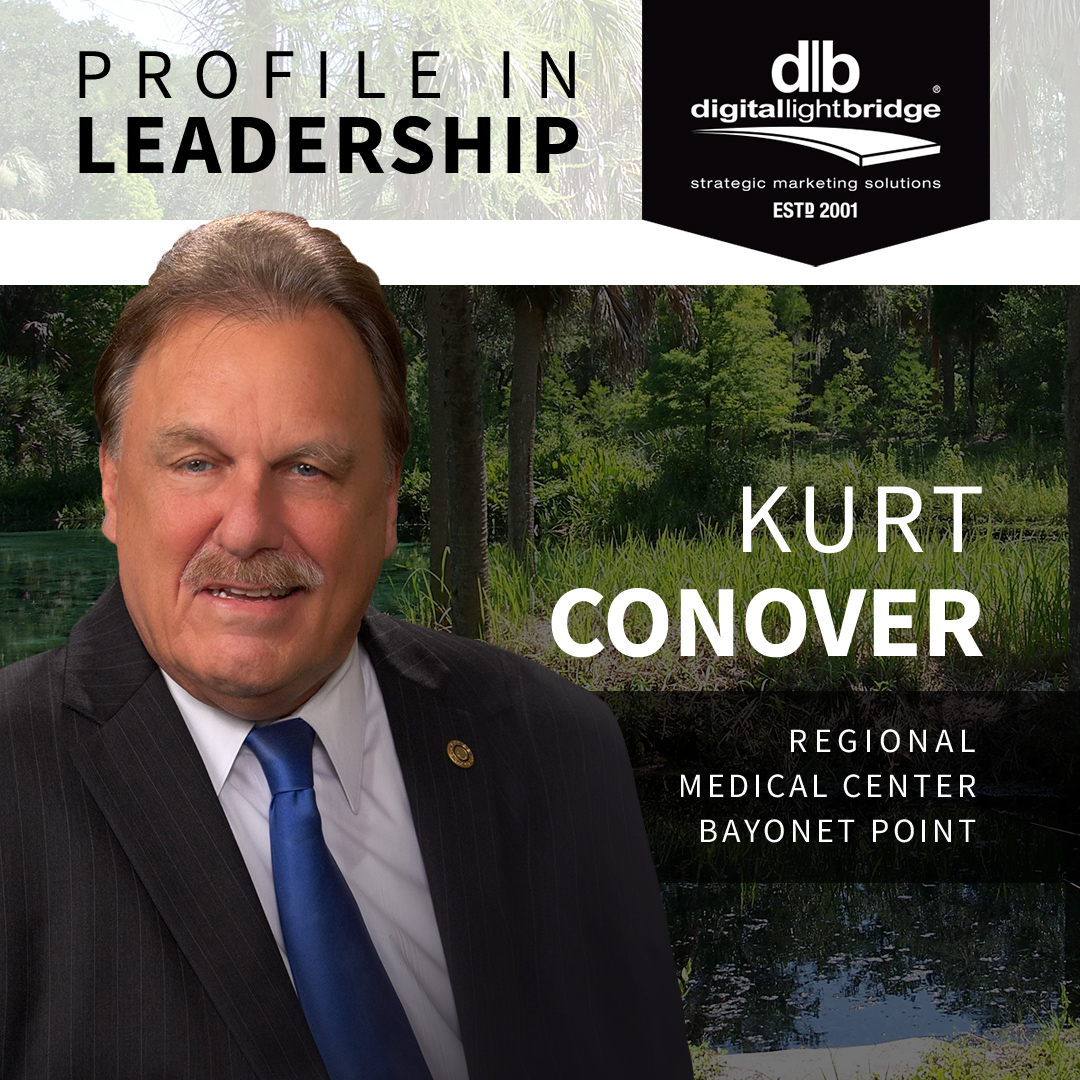 Mr. Kurt Conover grew up in New Port Richey and has invested himself to improve the lives of all people in Pasco County.

His family lived so close to the Pithlachascotee River, they sometimes fished out of the living room and dining room windows.  His family's enjoyment of the outdoors helped prepare him to become the Director of Parks & Recreation for Pasco County—a position he held for seven years early in his career.

Later, Kurt became the Pasco Area Manager for Florida Power Corporation (now Duke Energy).  The local knowledge and relationships he developed there helped to prepare him for his current position of more than two decades, serving as Marketing Director for HCA Regional Medical Center Bayonet Point.

This is a man of fundamental values.  He’s a family man and a patriot who works to strengthen important aspects of the larger community, such as education, the environment, the elderly, veterans, and healthy living.

Pasco County is Kurt’s home, and he cares about the people who live here. He has volunteered to assist with countless and vital community endeavors.  For example, he's an active member of the Rotary Club, and he previously served as Campaign Chairman for United Way of Pasco County and as Chairman of the Board of Leadership Pasco.  He has been an Executive Board member (and Past President) of Concourse Council for the past seven years.  The Concourse Council is a non-profit dedicated to educational, recreational, cultural, and entertainment services for the residents of Pasco County.

Kurt has volunteered as a Site Coordinator for International Coastal Management for twenty years.  He’s also taken on many leadership roles for the Heritage Park Foundation for the past 25 years, including the office of President.  This organization brings fun, family-oriented events to Land O’ Lakes Heritage Park.

Kurt can often be found behind-the-scenes, humbly serving in large and small ways to make Pasco County a great community.  We thank him for caring so much, working so hard, and setting a great example of leadership.