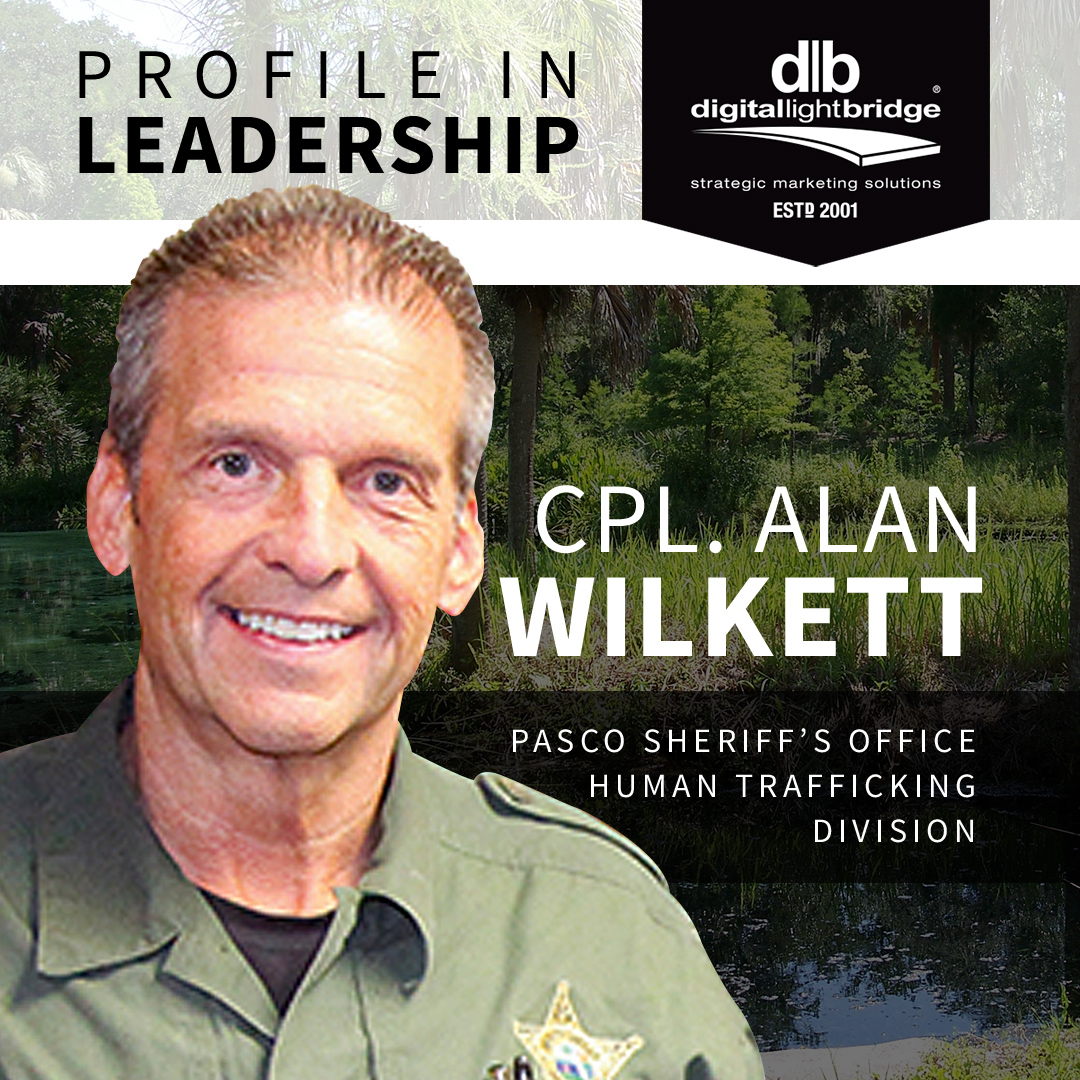 We are deeply grateful for the impeccable law enforcement career of Corporal Alan Wilkett of the Pasco Sheriff's Office, and more specifically for his tireless pursuit of the goal of ending human trafficking in all of its deplorable forms.

Alan has valiantly served the public for nearly 25 years with responsibilities relating to Major Crimes, Narcotics, and Child Abuse.  Among many duties, he has led as a chief deputy, captain, commander, and director of public safety.  The Florida Crime Prevention Association honored him with its Lifetime Achievement Award on October 25, 2019.

Together with Sheriff Chris Nocco and his colleagues, Corporal Wilkett has worked courageously for the protection of the innocent by taking on human trafficking—the second largest criminal enterprise, just behind illegal drugs. He has enforced human trafficking laws in Pasco County, and he has raised awareness of the problem in our community and throughout Florida. He has trained law enforcement; federal, state, and local agencies; and many non-governmental organizations in recognizing human trafficking and bringing it to light.  Alan is a member of the Tampa Bay Regional Human Trafficking Task Force and a regional director for the Florida Design Out Crime Association.

Alan's work to eradicate human trafficking led to his recognition by Florida’s Attorney General, Pam Bondi, as the 2017 Human Trafficking Law Enforcement Official of the Year.

With a desire to do even more, Alan recently co-founded The Human Trafficking Foundation with Bill Cronin, Nikki Armas, and Rachel Martinez, which will further enlarge the scope of actions to wipe out human trafficking.  We urge you to follow and support Corporal Wilkett's exemplary leadership in this crucial mission.