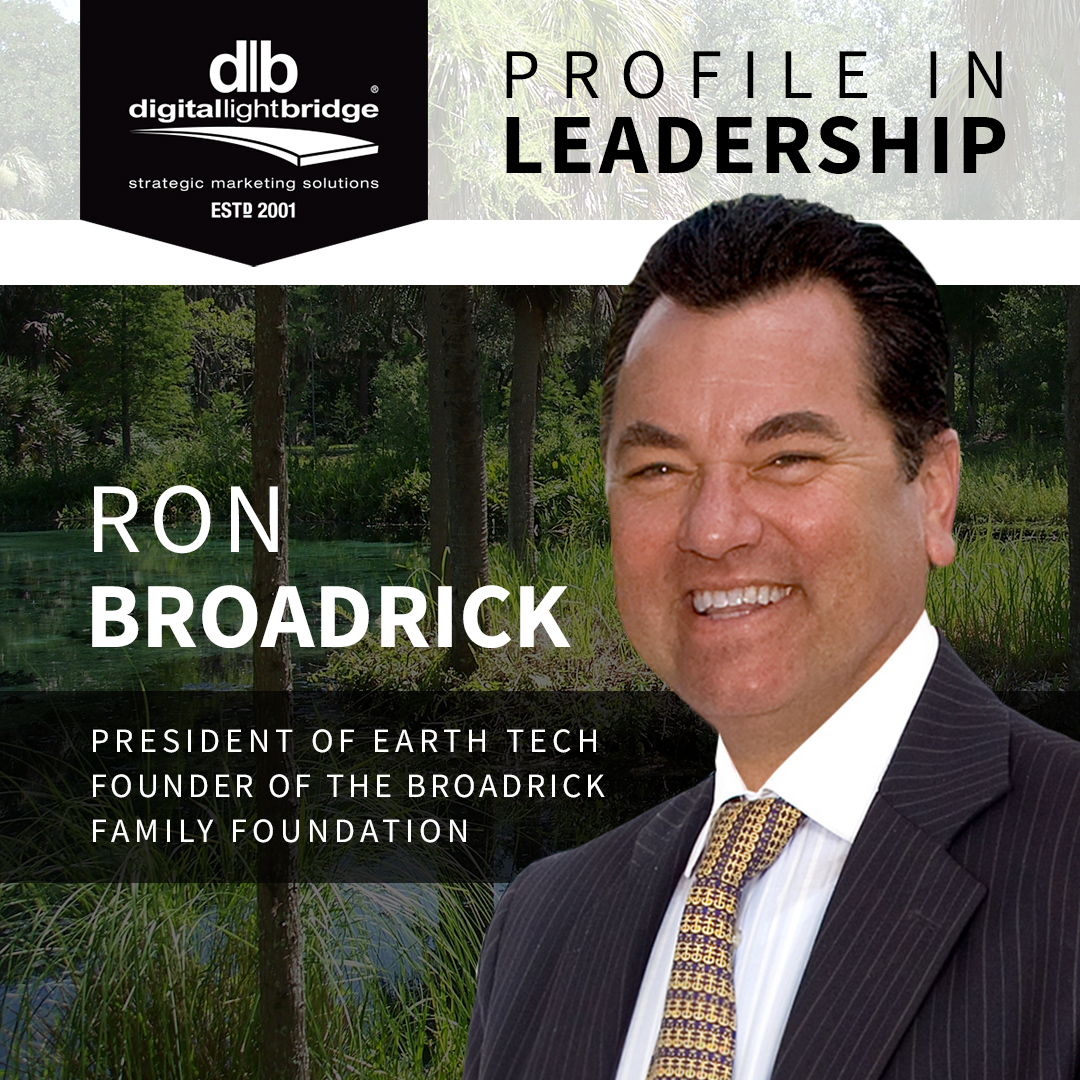 Prior to founding Earth Tech in 1991, Ron was a Project Manager for Geo-Con, a large national geotechnical construction company. During this time he traveled extensively throughout the United States completing many large and innovative soil stabilization projects. Ron has spent his entire career in the specialty geotechnical, soil stabilization field.

In starting Earth Tech it was Ron's goal to create a local company to address the growing need of soil stabilization in the central Florida area. It was also his dream to assemble a dynamic team of individuals that would become the premier foundation stabilization company in Florida. In addition to managing Earth Tech, Ron is also dedicated to the local community. He was the 2002 Board of Directors President for Big Brothers Big Sisters of Tampa Bay which serves Hillsborough, Pasco and Polk counties. Ron was also a member of the Board of Directors of the For Kid's Sake Foundation in Orlando.

When Ron Broadrick sold his business, Earth Tech, to a private equity group in 20I0, he and his wife Tami wanted to give back to the community. Since the couple met when Ron was president of the board of directors for Big Brothers Big Sisters of Tampa Bay, it was only natural that their philanthropic interests would center on a cause they're passionate about: giving at-risk children hope for a brighter future.

Today, the Broadrick Family Foundation provides vitally needed funding for local nonprofit charities with a mission of serving foster, abused and homeless children. "The need is so great out there," says Ron, who remains as president and CEO of Earth Tech, one of Central Florida's premier foundation stabilization companies. While they continue to support organizations like Big Brothers Big Sisters, Ron says he and Tami have begun to focus more on small, grassroots charities that many people have never heard of before.

Everyday Blessings provides a safe and stable home to siblings, allowing them to remain together after they have been removed from their home due to abuse. "These are children whose world has been turned upside down," says Ron. "We are thrilled to be helping them."

Suncoast Voices for Children and Angels Against Abuse also support at-risk children who have been removed from the home, sometimes with only the clothes they are wearing at the time. Both agencies step in to provide basic items like car seats, mattresses, clothes and shoes, and to pay for extracurricular activities that can give kids some semblance of a normal childhood.

"These are organizations that have touched our hearts," says Ron.

"We have been able to give these chilclren a chance for a better futme and maybe they won't be destined to repeat the cycle."