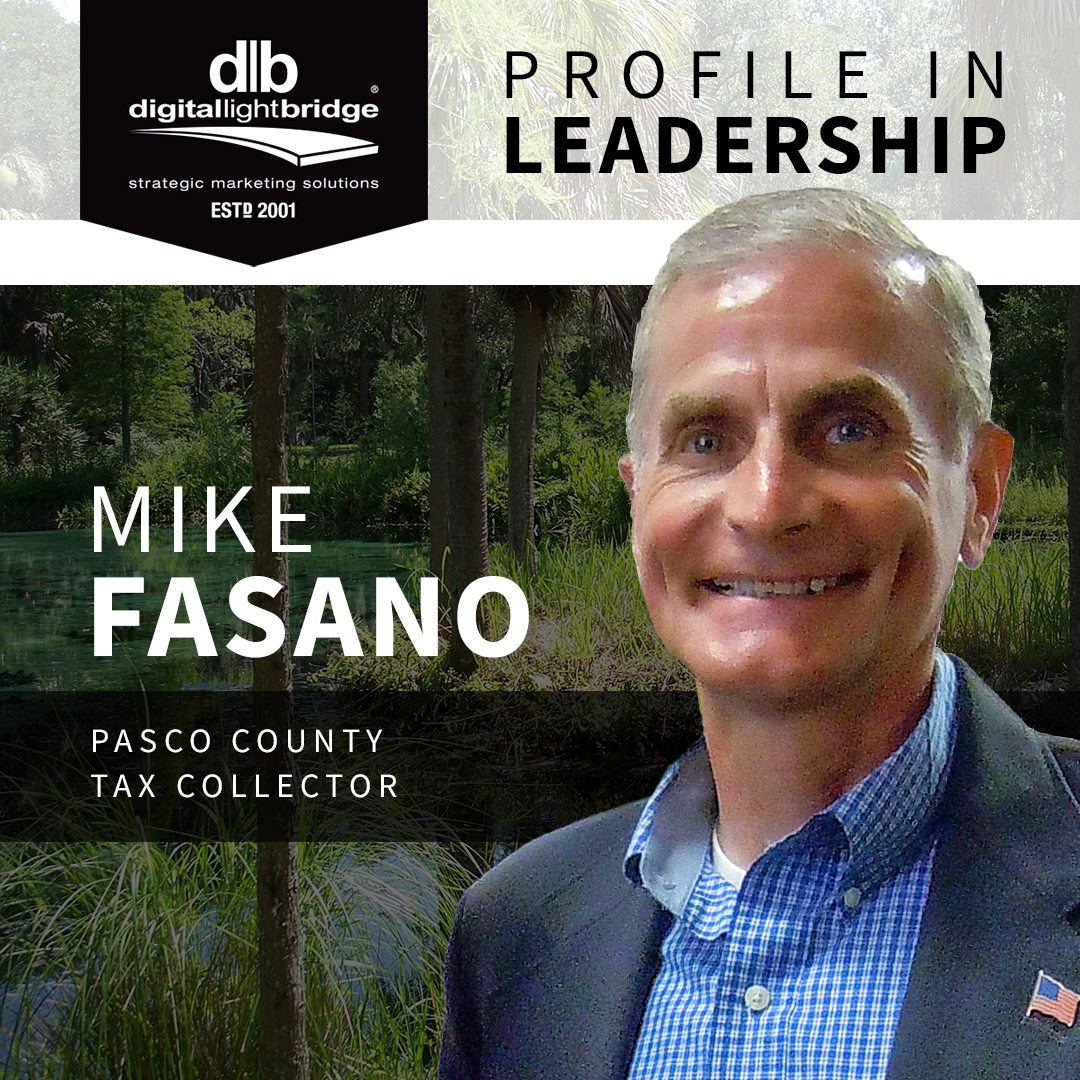 While Mike Fasano has faithfully served Pasco County as Tax Collector for the past 6 years, his public service goes much deeper than that!

Mike attended Saint Petersburg Junior College from 1987 to 1990. His professional experience includes working for the Saint Petersburg Times from 1976 to 1987,the Florida Department of the Lottery in 1987 and as Associate Vice President for Investments for Morgan Stanley Dean Witter.

For the next year, from 2012 to 2013, he represented the 36th District in the Florida House of Representatives. He was then appointed by Rick Scott to the position of Pasco County Tax Collector.

Mike has also served the community on various committees, boards and as advocate for charities and non-profits, including causes like Feeding Pasco's Elderly.

Thank you Mike Fasano for your vital public service to Pasco County for the past three decades and your personal dedication to causes in our community!